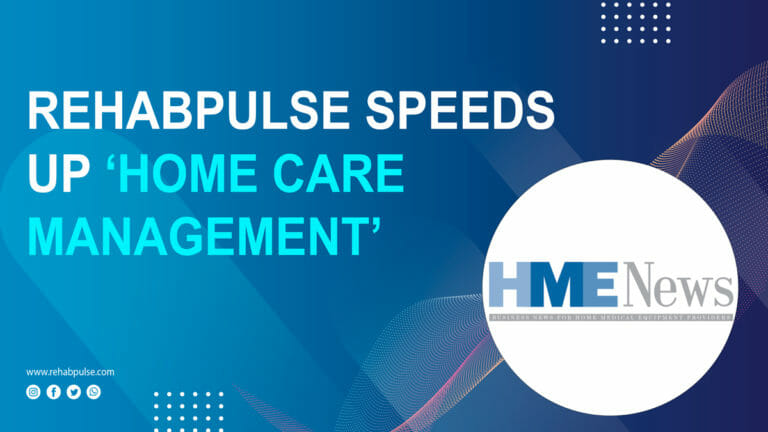 MIDDLETON, Wis. – RehabPulse, an online marketplace, is one step closer to becoming a one-stop shop for mobility products and more now that it can bill Medicare and insurance for DME products, says Gaurav Mishra, CEO and president.

The next step for the company is offering what he calls “home care site of service” through a network of contracted health care professionals, including PTs, ATPs and RTs.

“The reason why we developed the online marketplace and the reason we have added an insurance engine is to get to this place of home care management to achieve our vision of lowering cost and improving access,” Mishra said. “Now we are on that track.”

RehabPulse launched integrated insurance claims processing in October, after getting its Medicare license. The company has also been building up to get contracts with private payers.

Additionally, over the summer the company launched a “business-to-business” engine and began accepting orders for products from other providers, including hospitals, skilled nursing facilities and assisted living centers. This allows it to engage different sales channels in the industry.

“We just did a deal with a workers comp company where they’re buying all their products from us,” Mishra said. “Instead of 10 different manufacturers, they just work with us and they get the best price and do all of the service on their own.”

RehapPulse’s expansion into a one-stop shop has been made possible by outside funding, most recently $4.5 million from existing investors like WISC Partners and high net worth investors who are active in the digital health care space.

“We were going to raise $3 million but then increased it to $6.5 million because there was a lot of interest,” Mishra said.

In addition to expanding its offerings, the funding has gone towards building technology involving machine learning and making a number of strategic hires to grow those offerings, including Kalen McKenzie, formerly of Invacare, as vice president of strategic business development.

“He knows the providers and suppliers,” Mishra said. “He’ll be working very closely to enlarge our scope.”

But RehabPulse’s main focus remains technology and how to leverage automation to achieve its overarching two goals: lower prices and improve access. To that end, the company also recently acquired the development team in India that it has been working with on its technology and hired Robert Pontello as vice president of innovations. Pontello has a strong background in AI and machine learning for the health care industry.

“Anything that can make the model more efficient, we’ll apply it,” Mishra said.

Made in Madison by Dirigible Studio